FROM THREE-STAR CHEF TO CHEF VOLAILLOLOGIST

Antoine Westermann delivers a free and avant-garde cuisine.
Chef Antoine Westermann's career path looks like that of a child spoiled by the gastronomy fairy.
To retrace this astonishing career in a few lines, it is important to emphasise that Antoine Westermann was not trained in the brigades of starred chefs or prestigious establishments. He opened his own restaurant at the age of 23: Le Buerehiesel, in Alsace, obtained his first star in the Michelin Guide at the age of 28, and then rose to the highly prized rank of 3-star chef. For thirteen years, he has brilliantly expressed himself through a three-starred cuisine. He was awarded a score of 19/20 in the Gault Millau Guide and was named one of the five best chefs in France alongside Pierre Gagnaire, Alain Ducasse, Bernard Loiseau and Joël Robuchon....
In 2007, he decided to leave the Buerehiesel and the 3 Michelin starred cuisine codes. Was it a media coup or was the pressure too heavy? Neither. This step was the result of the evolution of his vision of culinary creation. After having rubbed shoulders with the stars by delivering exceptional cuisine on a daily basis, it became clear to him that his main quest was to sublimate the idea of sharing and celebrating at the table, with the desire to express it in a different way.

« In my cuisine I do not want to surprise, but to share emotion »
Chef Antoine Westermann

Antoine Westermann, who has built his own culinary identity without referring to the dogmas instilled in him by a mentor, works by instinct. His freedom of expression makes his cooking very personal.
If technique, which he masters perfectly, is essential, if he loves the products he cooks and wants to sublimate them, Antoine Westermann is above all a hunter of emotions. He does not seek to astonish, nor to follow fashions.
He wants to convey emotion. And you can feel it. There is a visceral generosity in the chef's dishes that can be felt from the first bite, like the reminiscence of a family dish that is dear to us. For Antoine Westermann, cooking is the expression of his personal truth, his vision. And it shines through even more strongly when it is deployed in the context of a single-product venue.

He already has to his credit in Paris, Mon Vieil Ami, his vegetable bistro successfully opened in 2003.
2003 Fooding Award
Alexandre Cammas says that he will invent the name bistronomy for this vegetable bistro of the chef.
"Alexandre Cammas remembers: "We can see that things are starting to move with the restaurant Mon Vieil Ami, on the Ile Saint-Louis, taken over by the chef Antoine Westermann. The food is very good, it's a great table d'hôte, it's modern. It is for this restaurant that the word 'bistronomy' was invented. Interview Marie Claire 24/12/2020
Article – marieclaire.fr

The Chef took on a new challenge when he acquired the cultural and culinary institution Drouant in November 2006. He restored it and expressed traditional French cuisine in his own way. Antoine Westermann was able to restore this Parisian institution to its former glory through a fair, personal and innovative vision. He introduced the weekly menu: a dish of the day that was on the menu every week. Come and taste a beef cheek on Monday, a skate wing on Tuesday or a "bouchée à la reine" on Wednesday, not forgetting the roast chicken and chips on Sunday, and lovers of traditional French cuisine will be delighted. The chef has also imagined sweet and savory hors d'oeuvres, served in fours in the middle of the table and shared... an avant-garde form of sharing that is now part of the customs and menu of a large number of restaurants.

He sold Drouant in March 2018 to devote himself to Le Coq Rico, his famous bistro of fine poultry. He wishes to develop his vision of the cuisine of tomorrow in the world of poultry. His approach in selling Drouant was the same as when he handed back his three stars: to free himself from a routine, even if he excels at it, in order to go towards what he feels is essential.

Le Coq & Fils, the Poultry House is the result of an innovative and committed approach.
Chef Antoine Westermann's career is the evolution of a generous and visionary chef in perfect harmony with the times.

He is in direct contact with them to ensure the well-being of the poultry he serves at Le Coq & Fils (formerly Le Coq Rico) but also out of commitment. Understanding environmental issues, the difficulties faced by farmers, respect for animals... is as important to him as creating beautiful recipes.

At the same time, his discussions with doctor and researcher friends, his readings and his thoughts on the future of cooking and catering have led him to commit himself to ensuring that human health is well reflected in the plate.
Thus, respect for seasonality and the requirement to serve only well-sourced products from artisans committed to producing the best are a sine qua non of the cuisine served at Le Coq & Fils.

For Antoine Westermann, concentrating on a single product, poultry - and more generally farmyard products including eggs - is the best way to achieve his commitment. And he wishes to develop Le Coq & Fils to contribute to the deployment of good eating in France and throughout the world, and to support the responsible poultry farming sector. 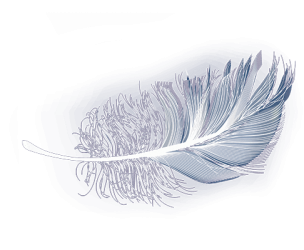